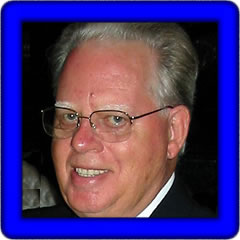 (Jan 2014) In response to your recent request for song-styles, I have collected the styles that I have prepared over the years for various songs. There are nearly 300 styles, and I have given each of them the song title that they support. Many of these are styles that others originally developed, but then I modified them to fit each song in an arrangement that I felt was more appropriate. Each of the styles contains the four OTS voices that I used with that song. In a few cases, I have two styles for the same song. This resulted when I decided to make two different arrangements of the same song.

I compared Neal's current styles with those provided last year and there were only a three exact duplicates, which were elimiated. All of Neal's current and previous song-styles are available in the Styles #7-Song Styles collection. - Joe W.

(December 2012) All of these styles were developed for my Tyros3, and they are all named with the song titles that I developed them for. (I have used these with my collection of Registrations.) Most of the styles are modifications of styles that were originally developed by other forum members and included in other collections of styles. However, I have made modifications to most (if not all!) of them--changes to the actual styles and/or changes to the voices that were used for the melodies. The latter were saved in the four OTS buttons for each of the styles--and thus saved with these styles.

I am sorry to report that Neal Saunders unexpectedly passed away on 1/22/2014 at age 78. You can still, however, hear some of Neal's performances by checking out his PSR Performer page. - JW)