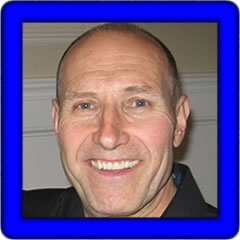 The Days Of Wine And Roses (T5)

Everybody Loves Somebody (G1)

Savin All My Love For You (G1)

(Feb, 2014) - My name is Stephen "Stephenm52" Molnar and I was born in Providence, Rhode Island. I've spent most of my life in Rhode Island. I originally worked in sales first working for the local Steinway Piano and Hammond organ dealer then went on the road for 25 years as a sales rep in the consumer goods field. Eventually, in my late 40s, I went back to school to study computer and networking technology. For the last 15 years, I was the MIS manager at a law firm in the suburbs of Boston, Ma. I retired in December 2013.

For the last 7 years I've also played gigs mainly at senior centers on a part time basis. With retirement here, I have more time than ever to enjoy my Yamaha arrangers and to get out to play more gigs.

I started taking piano lessons at 11 years old and in my late teens my interest grew in music after listening to pianists Oscar Peterson and Keith Emerson of Emerson, Lake and Palmer.

Thru the last 7 years I've owned, then sold quite a few arrangers, first starting with the PSR 3000, Tyros2, S900, S910. In between and for a couple of years played Korg arrangers. Got back into the Yamaha camp with the purchase of my Tyros4. Finally in 2013 Yamaha announced the Tyros5 in a 76-key model, I had been waiting for years for a 76-key model and purchased one. Then, in 2017 with the release of Genos, I moved up to the Genos, which in my opinion is the best arranger Yamaha has produced.

This PSR site is a great resource and I've always been of the belief that I learned more here in 3 months than I could have learned on my own in year. The learning process continues.

Steve provided 30 songs in midi format. These were created on the PSR-3000. Individual songs are shown in the table below and any one song can be downloaded by right-clicking on the song link. The table displays the song title, tempo (T), time signature (TS), lyrics (L), chords (C), where possible, the style used, the original volume (V), and the keyboard used (K). You can download all of Steve's 30 midi files here SMolnar-30.zip.